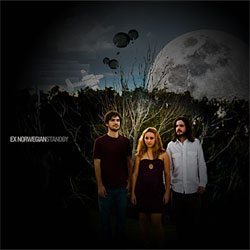 Ex Norwegian’s debut “Standby” is already getting rave reviews and is available from independent retailers such as NotLame, Amazon and the Dying Van Gogh shop as well as digital retailers like iTunes and Napster. May 19th, the album will be released via Dying Van Gogh Records distributor Burnside. The band will be supporting the release with a couple US tours in June and July and a full publicity push.