7 singles are releasing one day at a time this week on digital streaming and downloading sites all over the internets. The releases are coordinated by Dippy Records in celebration of the upcoming 7 year anniversary of the band.

STREAM THEM ON SPOTIFY and follow the band to get notified of new music! 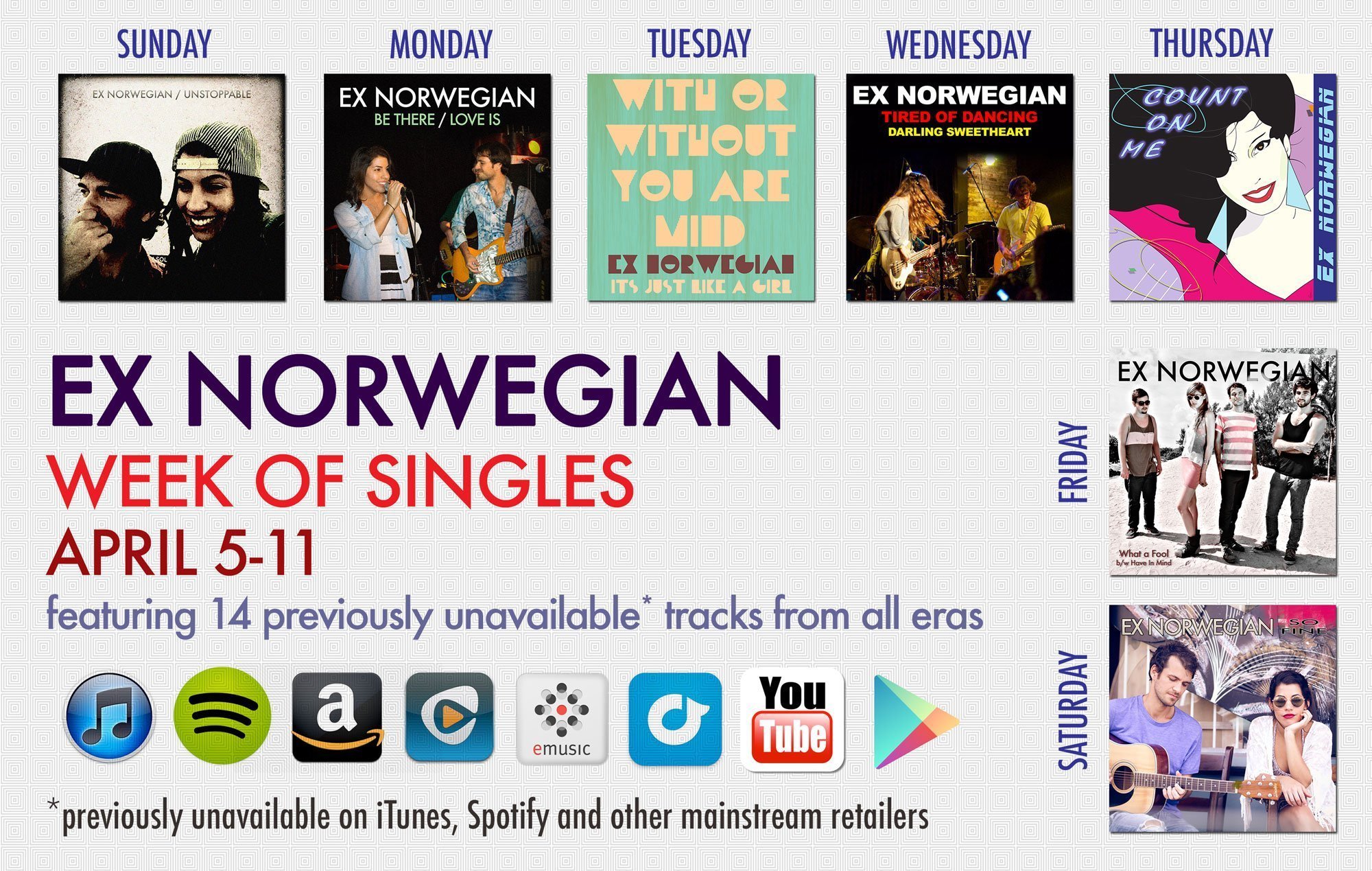 All songs have been previously unavailable on major digital retailers – and in some cases, never released before. Here are the full details:

TUESDAY April 7th
Without You’re Mind / It’s Just Like A Girl — taken from the cassette-only release, Hot Pants, recorded in 2013.

THURSDAY April 9th
Count On Me / Pretty Paradox — essentially two out-takes from Wasted Lines, both songs were ultimately left off the record due to style concerns but make for an excellent non-LP single.

FRIDAY April 10th
What A Fool / Have In Mind — re-titled alternate rock take of ‘Bibi Kan Werk It’ from Crack backed with a House Music out-take.

SATURDAY April 11th
So Fine (It’s Frightening) / My Days Are Numbered — taken from the covers-only ep #tbt; these two are covers of Andy Pratt and Patto, respectively eclectic.