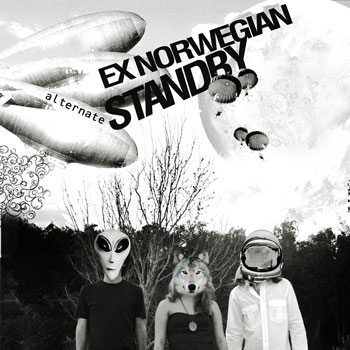 Tracks from a supposed “alternate” Standby, Ex Norwegian’s debut album, have been floating around the net for a while now, which may be because such an album has been in the works for some time. Roger Houdaille, lead singer-songwriter of the band, has decided to release the alternate album – which consists primarily of his home demos – thru an innovative and well designed indie D.I.Y. retailer BandCamp. Stream the album for free, or name-your-price downloads, entire album starting at $5. Various formats are available, including lossless formats FLAC & AAC.

Also includes full size image plus video of the band performing “I Want Cheesecake” with BJ of The BJ Experience.