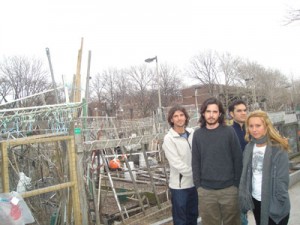 Miami’s former indie-pop rockers Ex Norwegian have announced that they will be “returning to their roots”. The band posted a new version of their wildly popular “Something Unreal” today to accompany the announcement. While this may come to a shock to most fans, some were expecting this to happen sooner or later.

As the world knows, metal is the music of the frijid, fjord-filled Norway, where Ex Norwegian once roamed. Relocating to sunny South Florida gave the group an opportunity to abandon their metal roots and focus on short and catchy pop tunes to sing at the beach to friends or to crowds of drunken hooligans simply out having a good time. However, it was the Norwegian influences of Mayhem, Immortal and Satyricon which took Ex Norwegian into the studio to unleash a 2.0 take of “Something Unreal,” the bands first song recorded about an year ago.

Whether or not the band will keep the moniker Ex Norwegian is unofficially unofficial. Ex Norwegian’s press release stated that “the group has not yet decided on changing the name to simply Norwegian.” Bassist Carolina Souto suggested that they may change the name, followed promptly by Billie G’s suggestion that “they may may not change the name as well.” Only time will tell what Ex Norwegian will do next.

In the meantime, download the new version of Something Unreal from iLike.