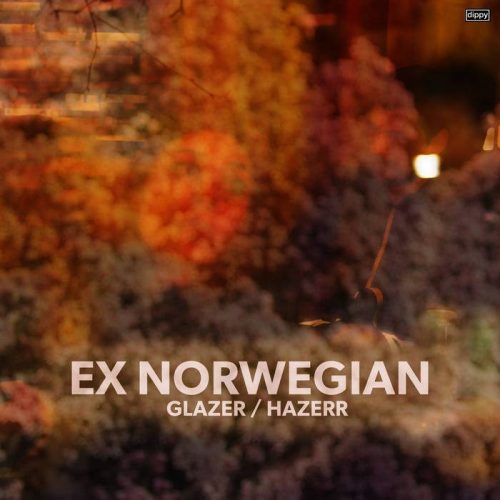 In many ways, a love letter to classic rock 'n' roll based pop

babysue
Read More
The seventh full-length release from Florida's Ex Norwegian reminds us very much of early recordings from the band. On this album, the band is the duo of Roger Houdaille and Michelle Grand along with assistance from co-producer Emmanuel Canete (The Velocity Gospel) and drummer Fernando Perdomo (who is also a solo recording artist). We absolutely love the more stripped down sound of these tunes. After all, when the songs are this good...that's really all that matters. Thinking back about it, there's a similarity that has probably always existed...but we never put our thumb on it until now. In many ways, there's a striking audio resemblance between Ex Norwegian and Mitch Easter (Let's Active). And the similarities are particularly evident on Glazer/Hazerr. We love the fact that the tracks on this album are driven mainly by electric guitars. The simple and direct overall sound works wonderfully here, as it makes it all the more obvious how cool the vocals and lyrics are. Ten captivating tracks that will stand up to hundreds of repeated spins. Our initial favorites include "Life," "Ice," "Sensation," "Modern Art Brigade," "Aruba Morn," and "Song of Many." Recommended. TOP PICK.

Shindig!
Read More
Enlisting Velocity Pop’s [sic] Emmanuel Canete as co-producer, and Fernando Perdomo, of Ken Sharp / Jakob Dylan, on drums, Ex Norwegian exchange their customary power pop sheen for a brash garage-psych vibe. Raw, and imbued with the edgy spirit of the Sonics and The Standells, this beautifully crafted fuzz fest is marked by a gritty sound and sneering harmonies. Later psych overtones are also present as distant, wobbling mellotrons add an occasional, shimmering backdrop. Observant internet diggers will recognize some of the compositions from earlier version, recorded by band leader Roger Houdaille for his 2015 Plastic Macca side project album, Sensation. In many ways a love letter to classic rock’n’roll based pop, this collection captures the essentially timeless quality of the well-crafter song without lapsing into pastiche. Familiar themes emerge, such as on ‘Reverse’, with its take on frustrating love, and are given new and surprising treatments.

Broken Hearted Boy
Read More
About a year ago, Ex Norwegian released Pure Gold, a masterpiece jumble of originals and cover versions that tapped into power pop, psychedelia, and indie rock. The Miami-based band’s latest effort Glazer/Hazerr isn’t quite as brilliant as its predecessor, but does succeed using a similarly eclectic blueprint. Singer-guitarist Roger Houdaille sets his unique observations to infectious melodies, and once again crafts some of rock’s most dynamic coed vocals with singer Michelle Grand. “Father Goose” is a silly fable about birds flying without wings, and “Ice,” another one of Houdaille and Grand’s enticing duets, is a basic but effective garage rock love song. “Life,” which offers some timely advice about overcoming obstacles and disappointments, sports a harder-edged arrangement. “Pocket Dancing” sounds like a show tune, while “Aruba Moon” has a slow, majestic feel reminiscent of 1970s classic rock. “Modern Art Brigade” delivers social satire in a very Kinks “Dedicated Follower Of Fashion” way and is backed by a fun, loping rhythm section. “Quite Contrary” follows a similar path but is more overtly psychedelic. There seems to be a definite Rubber Soul era Beatles influence on “Reverse,” a tale of unrequited love, particularly on the psychedelic guitar playing. On “Song Of Many,” Ex Norwegian creates a pure power gem, using a mix of acoustic and electric guitars, intertwined vocals, and an engaging melody.

Powerpopaholic
Read More
Powerpopaholic Roger Houdaille and Lucia Perez [sic] are back with a decidedly more fuzzed out garage effort on Glazer/Hazerr. The anthemic “Life” is something that would’ve fit nicely on an Outrageous Cherry LP (I still miss the Rainbow Quartz label.) The reverb drenched “Reverse” is another highlight of this 60’s influenced album. Houdaille’s echoing vocals harken back to the classic era of melodic song writing on the simple riff driven gems “Sensation” and “Modern Art Brigade.” Perez [sic] gives a spirited vocal solo on “Father Goose” that sounds like a lost Jefferson Airplane single. While it doesn’t exactly break new ground, this is a good album and will fit nicely in your retro pop collection.
Previous
Next