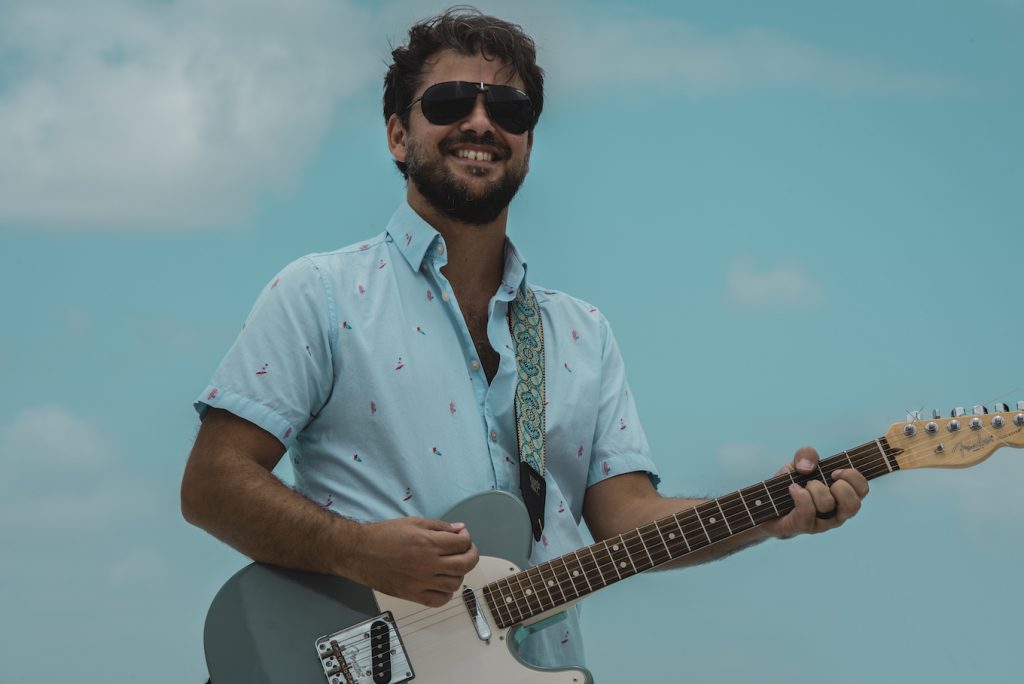 hailing from sunny Miami Beach are unlikely contenders to be named after a Monty Python sketch; yet the musical collective Ex Norwegian indeed are. Led by its founding figurehead Roger Houdaille, who is responsible for their effortlessly catchy songs spanning across a constant stream of DIY releases. Drawing inspiration from the likes of the Kinks, Badfinger to Amon Düül 2, Family – the music and ethos of the 60s & 70s lives and breathes in their extensive catalog – from retro slacker garage jams, to quirky, deconstructive pop songs.

Launching at the 2008 CMJ Festival in NYC, the band was an instant buzz with their first 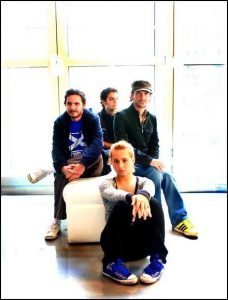 single “Something Unreal” and debut album Standby, which was described as “…an incredibly eclectic mix of powerpop, shoegaze, indie rock, and even hints of stoner rock” by Dan Goldin of Exploding in Sound. The original power trio of Roger Houdaille, Nina Souto & Arturo Garcia split after the second record Sketch, released in early 2011; but by year end, Roger reassembled the band with original vocalist Michelle Grand and Brazilian guitarist Lucas Queiroz. This led to a third album House Music (2012), which featured guest drummer Eric Hernandez (of Wrong). Giuseppe Rodriguez joins just in time for a brief US tour.

The 2013 follow up, Crack, begins their association with the South Florida record label Limited Fanfare (The Sh-Booms, Astronautalis & Rickolus), but tensions within the group led to a radical shift as evident on 2014’s ambitious Wasted Lines. Recorded in L.A. with co-producer Fernando Perdomo (Linda Perhacs, Ken Sharp), the albums surprise collaboration between the two old friends and guest lead vocalist Lucia Perez may have been a radical departure for long time loyal fans, but nevertheless managed to attract new listeners. 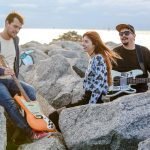 Things reverted back in 2015 when the group convened with Pure Gold, an inspired collection of obscure covers and a few originals. A tour quickly followed and Daytrotter recording session which gave a glimpse into the sound and material for the next record. Released in late 2016, Glazer/Hazerr is described as a “love letter to classic rock ‘n’ roll based pop” by UK’s Shindig Magazine. A low-key release, Tekstet (Subtitled) along with a free 40-track covers album, Original Copies, quickly followed in 2017 leading up to 2018’s No Sleep.

The ninth album, No Sleep, arguably takes the band back to the beginning, crafting straightforward pop/rock songs with effective arrangements and quirky lyrics with strong melodies. The main trio of Roger, Michelle & Giuseppe worked collectively on it.

Something Unreal: The Best of Ex Norwegian

On the 10th studio album, Hue Spotting, released on June 5th 2020 worldwide, Roger takes Ex Norwegian on a psychedelic trip. An inspired record of true pop-psych that keeps their melodic sensibilities while exploring new sounds and dimensions, often of a fuzzy variety. Available on digital, CD and Vinyl.

Also released on this day: its sister album, Spotting Hues.

Copyright 2021 © All rights Reserved. Think Like A Key LLC